Ever wondered if there is any difference between Covergirl LashBlast Volume & LashBlast Length mascara? Me too, so I decided to buy them both since Priceline has 50% off Covergirl (promo ends Monday 25th April). I hadn’t used either of these mascara’s before but had used the LashBlast Fusion (which is supposed to be a mix of both & I hated it). 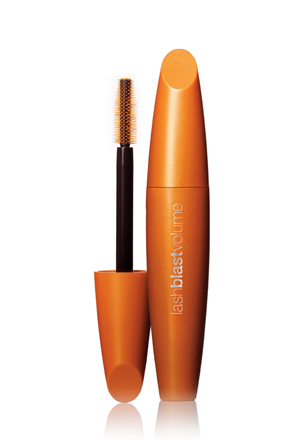 I normally like a bigger brush but didn’t really like the brush on the LashBlast volume, I think because it wasn’t really flexible & I really like to work mascara into my lashes. I also had to use an eyelash comb as it went a bit clumpy, but this could be because I already have a heap of lashes & sometimes volumising mascaras seem to make them stick together.

I liked the flexibility of the LashBlash Length brush as it really allowed me to zig zag the mascara through my lashes & even with multiple coats, it didn’t clump or need to be combed out. You can also see from the photo below that it also curled my lashes more, this could be because the formula isn’t as heavy so it doesn’t pull my lashes down.

I’m glad I got both, just to try them, but I definitely prefer the LashBlast Length as it works better on my lashes & would repurchase it but I wouldn’t bother repurchasing the LashBlast Volume.